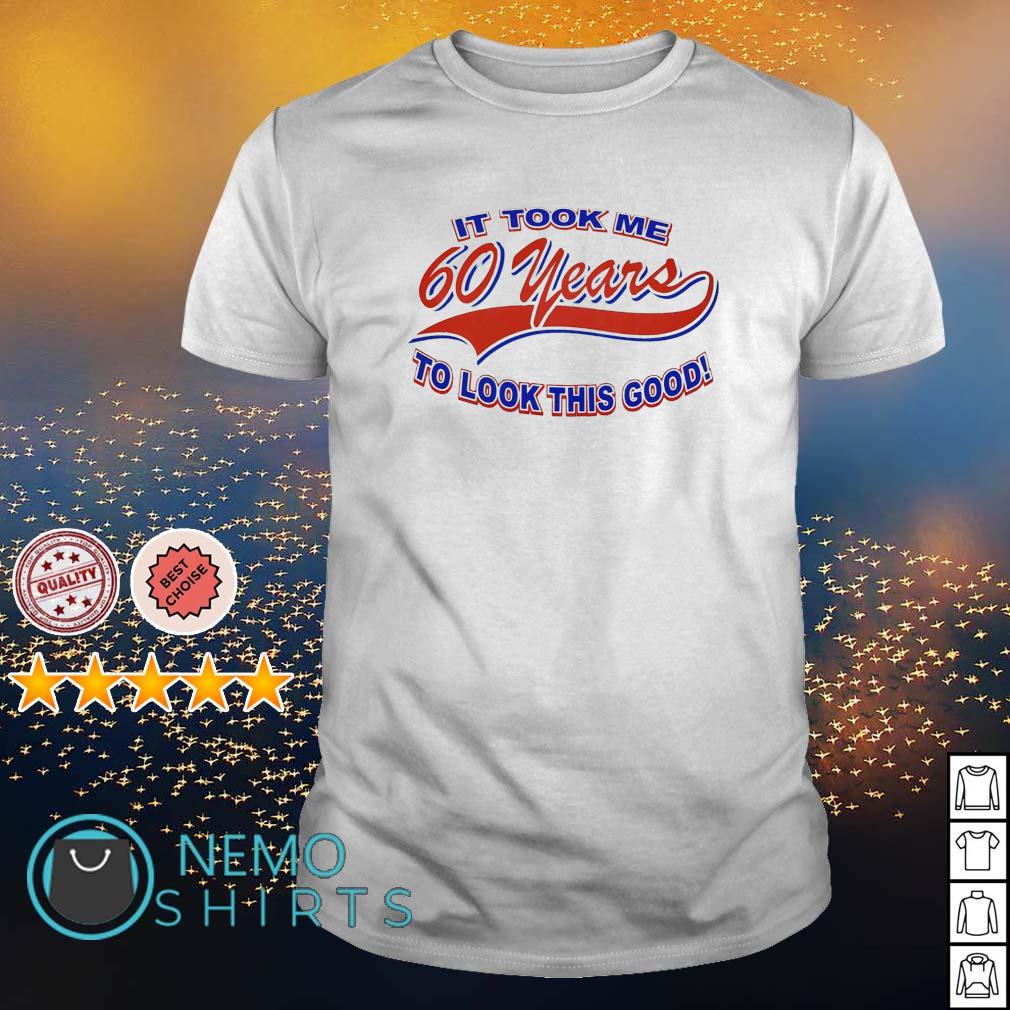 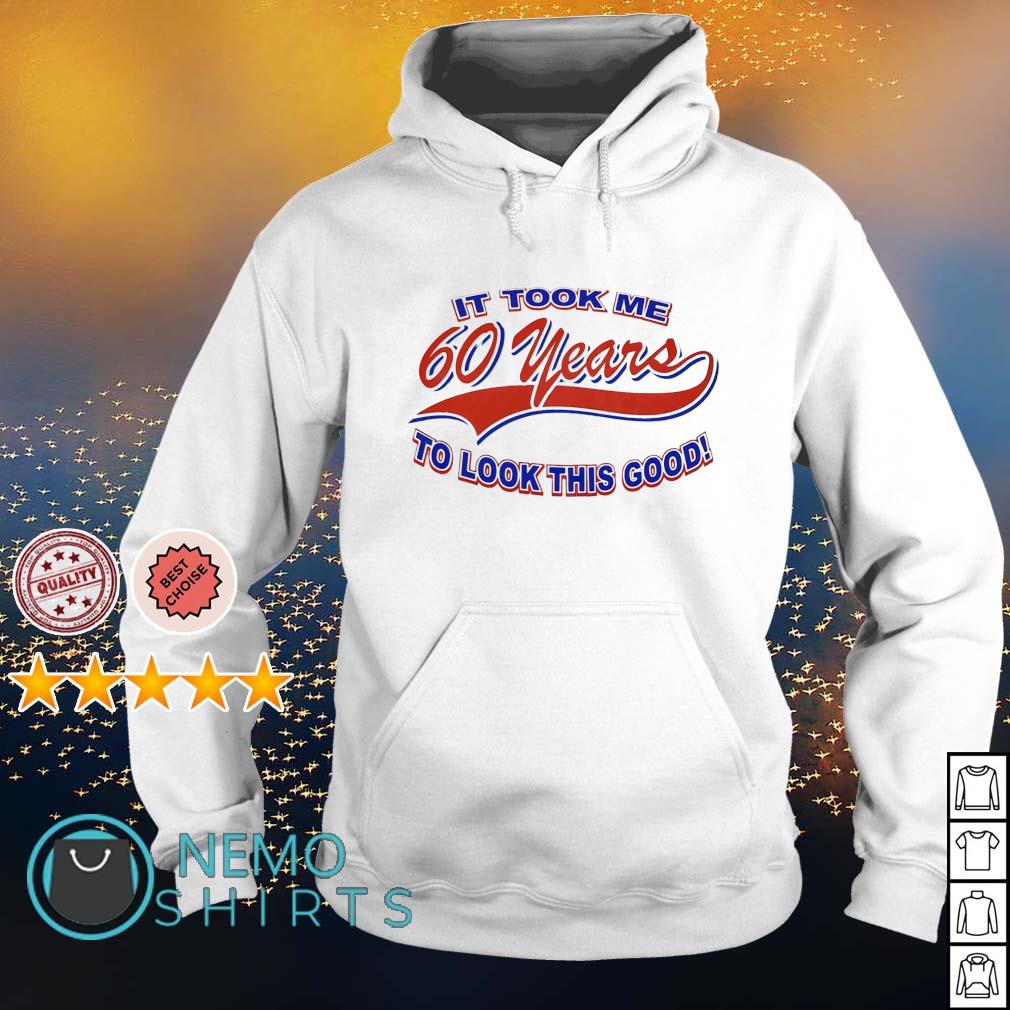 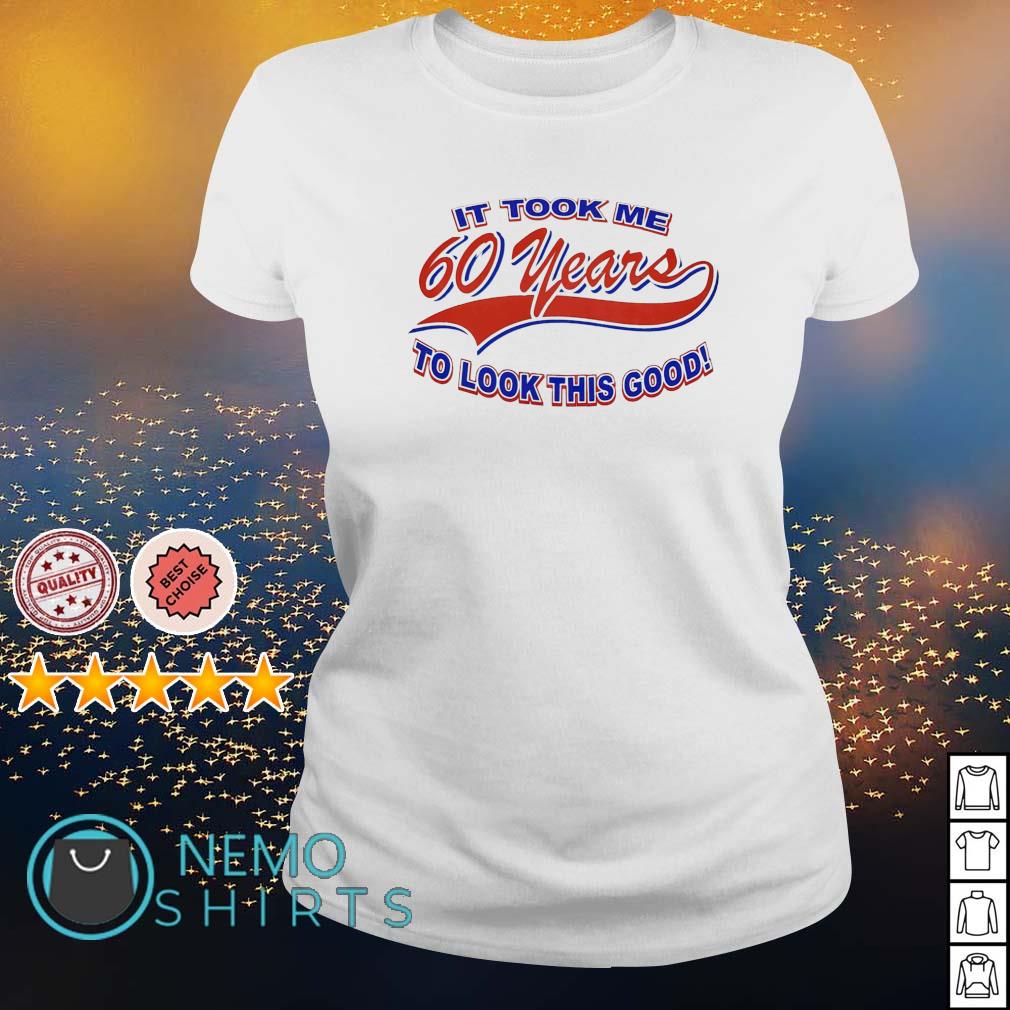 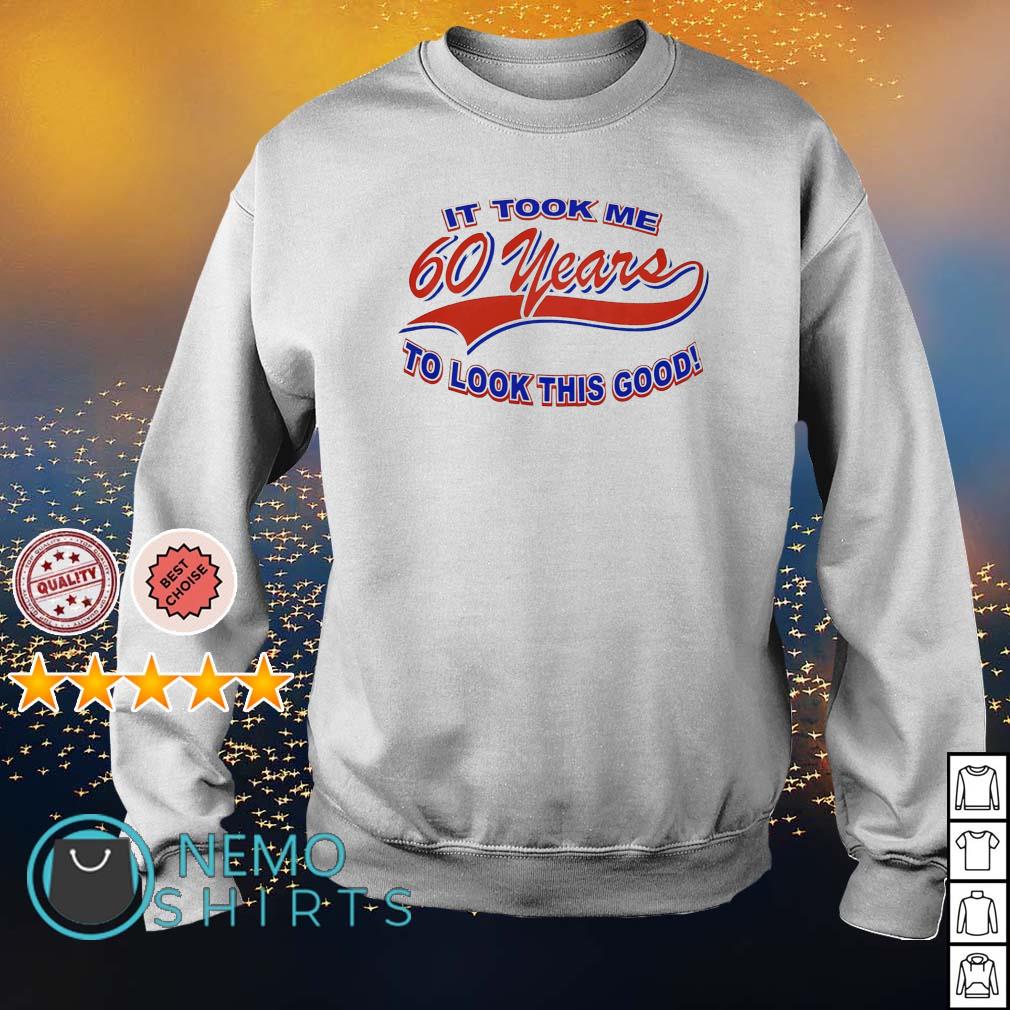 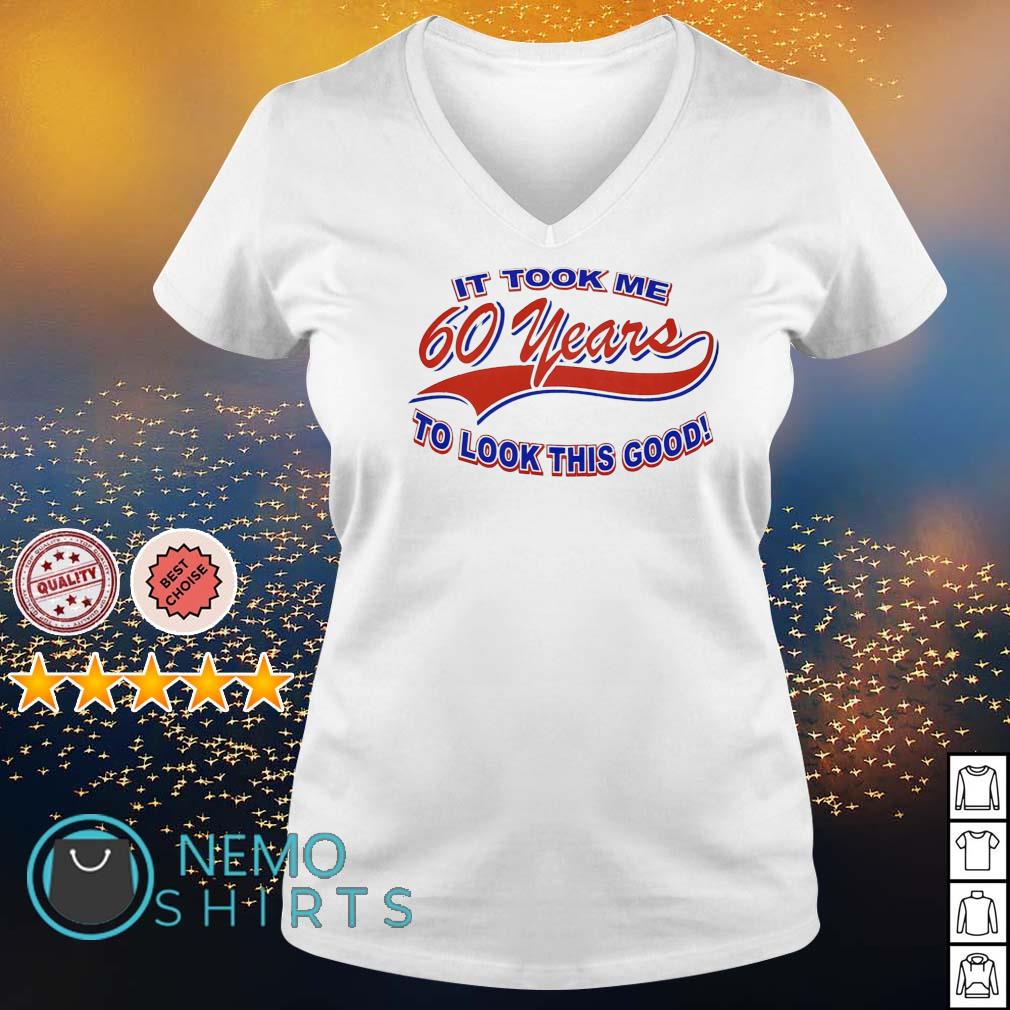 It took me 60 years to look this good shirt

Though it was something to see Simon Porte Jacquemus’s spectacular runway in a French wheatfield—all those sweeping aerial drone views—and to feel the It took me 60 years to look this good shirt so you should to go to store and get this poignant emotion as three young Italian tenors sang live at Dolce & Gabanna’s socially distanced men’s show in Milan, ultimately this season proved that there are so many more options for effective, compelling, and long-lasting ways of capturing what fashion’s all about today. Those who’ve experimented with media to say something genuine and personal during the pandemic—Gabriela Hearst’s video of riding with her sister in California and her honest spoken-word statement about sustainability stick in the memory—are for certain pointing towards a more open, intelligent, and progressive future for the way we view fashion from now on. On the whole, though, my conclusion—albeit from the privileged perspective who someone who usually gets to go to physical fashion shows—is that while digital assets can be complementary, they will not make real-life fashion shows obsolete anytime soon. Rick Owens’s decision to put himself and Tyrone Dylan Susman in his video lookbook was effective, but as we discussed it (and pesky I.T. issues) over a Zoom pre-stream, it was hard not to lament the missed the real Rick show that this replaced. Also: It was a pity that Miuccia Prada’s last solo collection was reduced to a series of videos that were perfectly fine but inadequate substitutes for what her last show would have represented. That was why when we did get to real shows, Etro and then Dolce & Gabbana (plus Jacquemus later in France), it was wonderful. Clothes are all about contact: As a wearer, you feel them on your skin, and as a watcher, you process them with your eye. The watching part can be done secondhand, but the impact will always be second to the real thing. I read some commentators in the U.S. saying, “Too soon” or “Wear a damn mask!” (which I always did), but these opinions—while valid enough—lack perspective. Milan and its surrounding region Lombardy went through what New York did but earlier. Through sagacious governmental management much more effective than that of the U.S., Italy has managed dramatically to flatten the curve across the rest of its territory. These shows—just like the reopening of flights, stores, factories, and restaurants—were symptomatic of recovery that, far from being taken for granted, is being tended to with vigilance and cherished with gratitude. The digital Fashion Weeks were better than no Fashion Weeks at all, but as an upgrade on the real thing? Nah.

Like everyone, I missed the It took me 60 years to look this good shirt so you should to go to store and get this shows in the experiential sense this season. But for the first time since I began covering the collections several years ago, I didn’t miss a single brand or designer’s contribution to Paris Fashion Week. Which is to say, thanks to the Fédération’s online platform, I was able to watch every name on the haute couture and men’s calendars. This brand on-demand convenience—not to mention being spared the logistical headaches of zigzagging across the city—was pretty great. Also, everything was on time, from the films to the manner in which we filed our reviews. While efficiency can be satisfying, it’s not necessarily exciting. Ultimately, we had to accept that the focus this season wasn’t going to be the clothes but rather the brands conveying some combination of identity, process, and values. And in the absence of standardized criteria (as in, showing a minimum number of looks, specifying a time range), it was interesting to observe how heterogeneous these experiments proved to be—quasi–ad campaigns versus short films, conceptual or fantastical visions versus raw and documentary style. Indeed, some of what we saw this past week was only possible through film. I’m thinking of the special effects (Issey Miyake’s pleated flowers; Louis Vuitton’s animated Parisian adventure), the camera and editing mastery (the multiple vantage points in Rick Owens’s studio; the live action at Hermès; the styling triptychs from Y/Project; KidSuper’s stop-motion plastic people), and the decentralized locations (Reese Cooper’s river as runway; Études through the streets of the Belleville; Lanvin at the Palais Idéal). And if that palpable energy that infuses a live show was impossible to replicate, I felt a certain frisson in the storytelling and/or emotion while watching Rabih Kayrouz, Dior Men, Thom Browne, Botter, Pigalle, and Rhude, to name a few. Viktor & Rolf’s “pageant of couture 2020 loveliness” proved delightfully meta, equally relevant and irreverent. Our Zoom call actually felt like quality time compared to our rushed backstage moments. But the most normal moment of all was my visit to Officine Generale’s Pierre Mahéo in his showroom, even though at the end he offered me masks made from shirt fabric (much nicer than my generic versions, in any case). For all the people forced to skip the season, the credits that accompanied the films this week attested to sizable teams who deserve credit for working through extraordinary circumstances. It was a show-must-go-on attitude minus the shows.